While it is our belief that all toys are educational and essential to a child’s development, we believe we have the best selection of toys to promote learning while adding fun to a child’s play.

Throughout our store you will find a ton of fun and selections of toys, games, books and dolls which is unlike any other store. You will always find something fun for kids (and people who are kids at heart) when you experience the Unique Toy Shop. Much of what we offer is also designed for children with special needs.

We can’t display our entire store on our web site but if you don’t find what you are looking for, we hope you will contact us. We may also be able to help you find it.

Thanks for shopping the Unique Toy Shop! 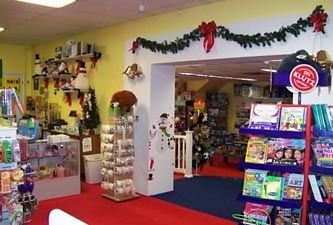 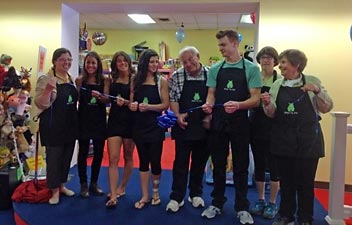 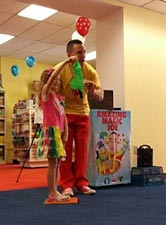 When Katy and Jamie purchased Unique Toy Shop in March of 2008, they knew this was the right thing for them to do. Over time they applied their vision of the business to the physical components, so the customer could notice it. The trend of constant changing in the shop was a necessary and successful movement that would become part of the family’s permanent goals. However, there was one constant which seemed to limit everything they planned. That, being the space they had to do business in. Many conversations took place over the years about finding another location which offered more space. The decision to move was always struck down because of the location. For the time being it looked like the space issue was going to be status-quo.

Near the end of 2015, the adjacent space of the building was offered to Katy and Jamie. Knowing deep down this would be successful, it was a scary venture and would be viewed as a leap of faith. With total agreement of the family, and much work with the landlord and contractors, the shop re-opened at the end of June in 2016. A beautiful new store emerged being twice the size, which lifted the limitations of their vision. As a result, many new and different products were able to be brought in, isles were widened and more decoration was applied. Becoming ADA friendly was met with much appreciation from patrons who can now travel the store with ease.

Katy and Jamie want to thank their staff, family, landlord and contractors for all the work, support, and ideas they provided so this marvelous transformation could become a reality.